The nutrigenomics is the study of the interaction between our genome (and inter-individual differences) and the atmosphere (especially nutrition). Knowledge of this genome-nutrient interaction can allow us to know why certain foods can be harmful to one group of people, while not to others.

An example would be lactose intolerance , derived from an inactivation of the enzyme lactase by 4-5 years, thus making it impossible to metabolize lactose, the “milk sugar”. This inactivation of lactase does not occur in all humans, so milk can be considered a suitable food, but only  for those individuals who have not inactivated the expression of the lactose enzyme. The non-universalization of a nutritional recommendation is, for me, the most important consequence of gene-nutrient interaction, from which logically also derives the concept of personalized nutrition.

I will take advantage of this example 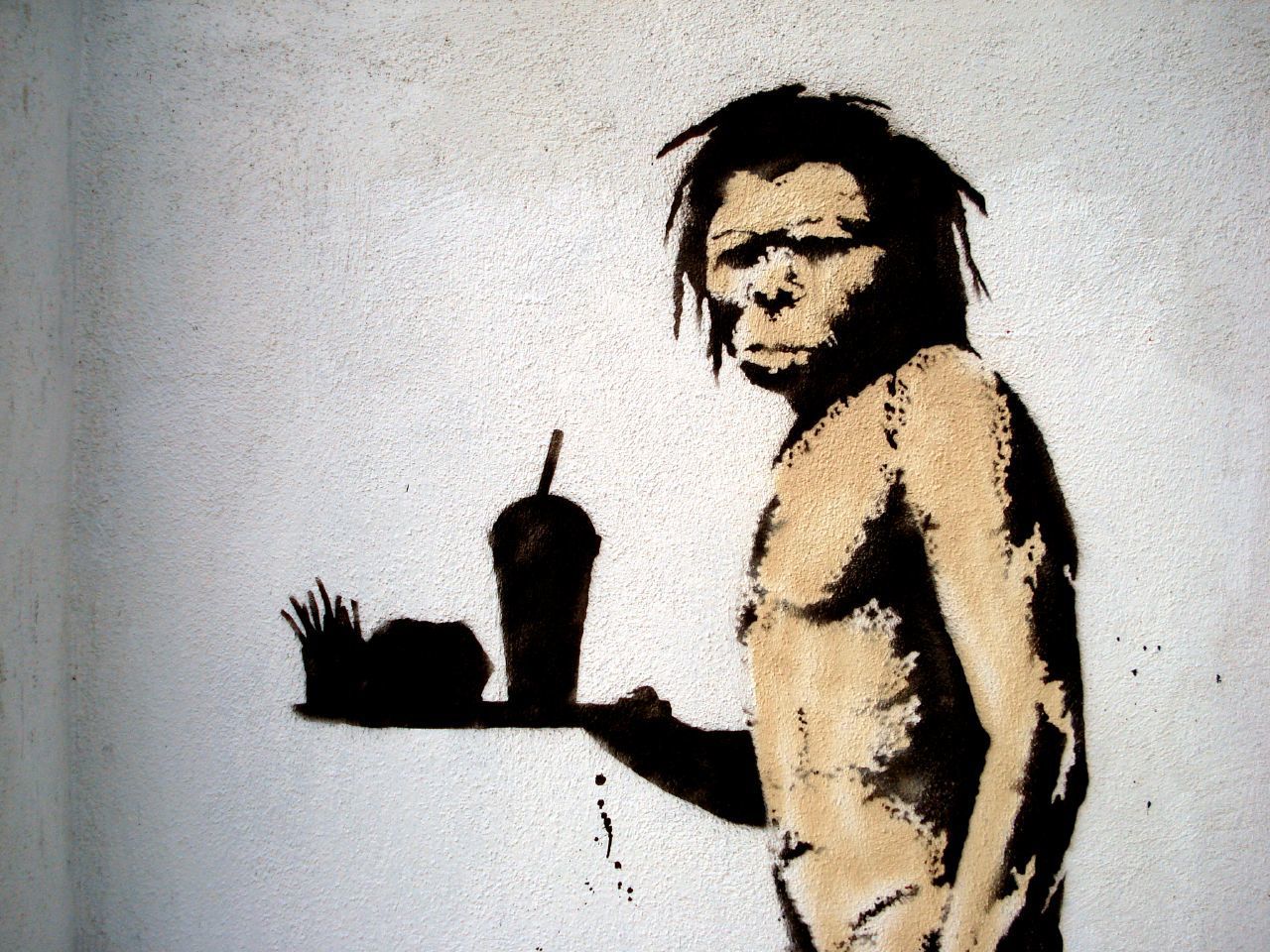 of milk to evaluate, from the point of view of Nutrigenomics, the paleolithic diet. According to this diet, humans have to follow a nutritional plan based on the ancient diet of wild plants and wild animals that were consumed by humans from the Paleolithic period, because our genetics has not had time to adapt to the foods that appeared during the latter 10,000 years. Therefore the paleolithic diet is mainly composed of meat, fish, fruits, vegetables, nuts and roots, excluding cereals, legumes, dairy products, salt, refined sugars and processed oils.

The example of milk / lactose allows us however to affirm that  it is not truethat our genome is not capable of rapid adaptations. In fact, about 10,000 years ago, all humans were milk intolerant, but about 7,500 years ago, in some population located on the fertile plains of Hungary, where livestock farming had developed and therefore its components had access to products. dairy, suffered a mutation on chromosome 2 (a mutation known as the LP allele, from “Lactase Persistence”) that allowed the body to ignore orders to decrease lactase production. The consequence is that people carrying the mutation continued to produce lactase beyond the age of 4, making it possible for them to continue consuming fresh milk and other dairy products throughout their lives. Once the LP allele appeared, it offered a significant selective advantage. among the strongest ever seen acting on the human genome. Logically, this allele expanded in such a way that today it is the majority in Europe, and the few people who do not have it are considered “exceptions” (lactose intolerant), when 10,000 years ago it was normal.

Therefore, one of the characteristics of our genome is its great plasticity , especially at the level of nutritional metabolism. We are omnivores because throughout evolution we have acquired the ability to process a large variation of nutrients. Sometimes not only due to changes in our genome, but also due to changes in the activation of one and other genes (as in the case of lactase), and even also thanks to the microbes in our intestines, an authentic ecosystem with a battery of genes much more immense than ours (our microbiome contains more than 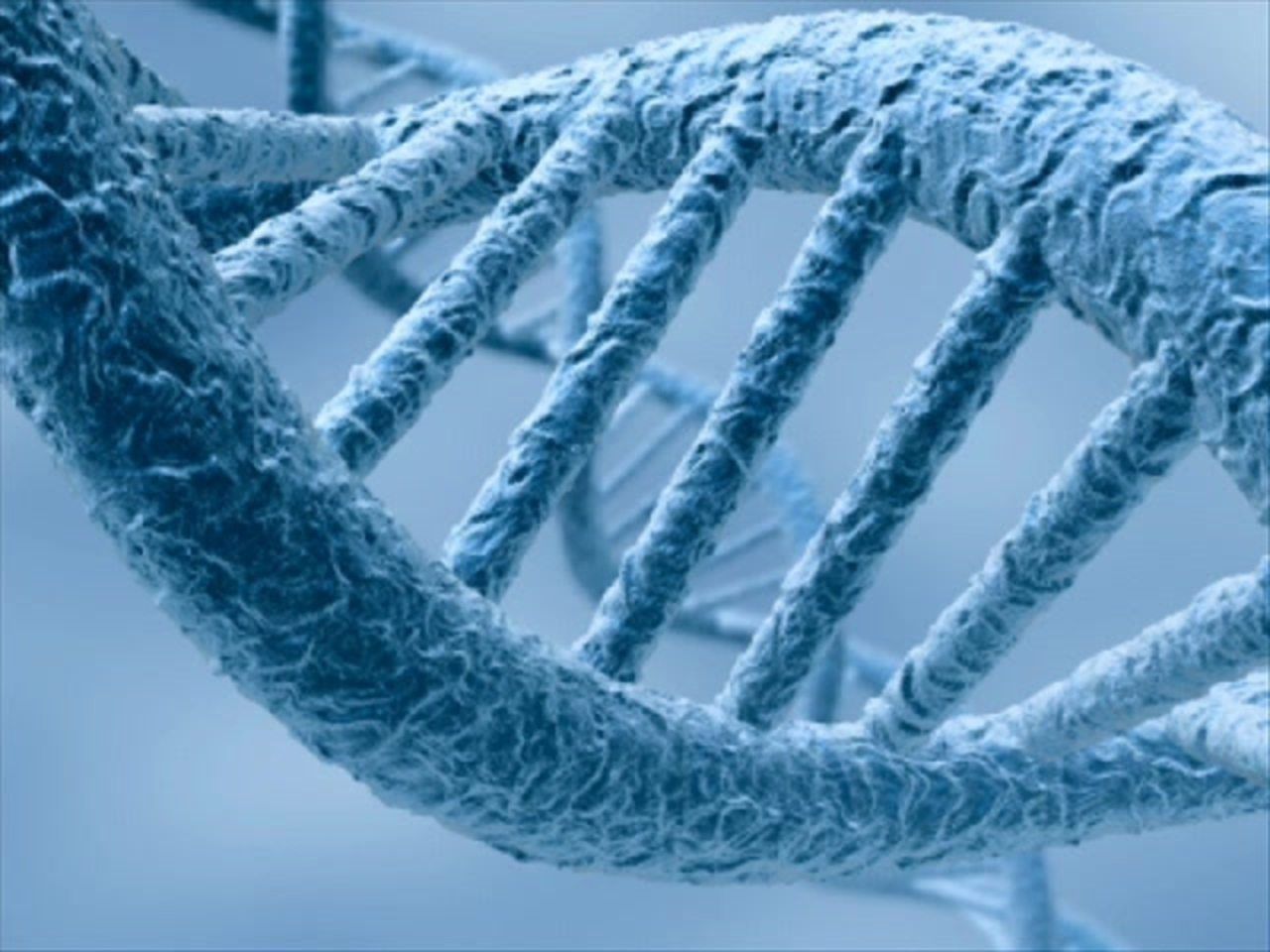 3 million genes, the so-called “metagenome”, compared to 20,000 of us, X150 times more). Many of these genes are dedicated to processing nutrients included in our food that we do not use ourselves (or are not able to use), although on many occasions we can use the by-products derived from the metabolization of these nutrients by our microbiome. . But this is a complex issue and I don’t want to go into detail.

Returning again to the recommendations of the paleolithic diet (and by extension, those of other similar diets, such as the blood group diet):

From this last point, the most important, I would like to give an example of a recent study in which I have participated together with an international team of researchers, and which we will present at the next NuGO congress , referring to gluten . We know that there is a “genetic predisposition” to gluten sensitivity in some people who carry specific variants called HLA-DQ2 or HLA-DQ8 in their genome. These variants are found in approximately 35-40% of the general population, and although having these variants does not necessarily mean they develop celiac disease, it is true that they have a greater genetic potential to do so.

The reason these variants cause an increased risk of celiac disease is that they produce antigen receptors (immune system activators) with a greater affinity (binding more strongly) for gliadin, a component of gluten. In this way, these forms of the receptor are more likely to activate T lymphocytes and initiate the immune process against the antigen, that is, gliadin (gluten). In addition to its involvement in celiac disease, recent studies suggest that HLA-DQ2 / DQ8 variants may also be related to so-called Non-Celiac Gluten Sensitivity, with symptoms similar to celiac disease, although without gluten antibodies and normal duodenal biopsies, or with minimal changes. However, despite the absence of symptoms, when individuals with such gluten sensitivity have gluten removed from their diet, they present a positive response, with a marked improvement and / or complete disappearance of digestive complaints, as well as of various extra-digestive symptoms associated with it.

As some studies had observed that the presence of DQ2 or DQ8 was linked to body weight (regardless of the condition of celiac disease), we divided into 64 groups 64 obese patients who had at least one of them in their genome (all of them). HLA-DQ2 / DQ8 alleles. Both groups were prescribed a diet of 1800 kcal / day, very similar diets in terms of nutrients, with the only difference in that one of the groups followed a gluten-free diet. The gluten-free group showed significant weight losscompared to patients on the gluten diet (14% vs. 8% in 3 months, reaching a weight loss of 25% vs. 14% at 6 months). In conclusion, a gluten-free diet in obese patients with at least one risk allele for gluten sensitivity is correlated with significantly greater weight loss than a standard diet. This differential effect would not be observed in people without any of the DQ2 / DQ8 risk alleles.

If this interaction of HLA-DQ genes and gluten in terms of weight loss is confirmed, it would mean that the withdrawal of gluten from the diet would be positive for the reduction of body weight only in individuals with at least one of the DQ2 / risk alleles. DQ8. Similarly, and in conclusion , we can say that the recommendations of the Paleolithic diet have two possible effectsin those who test it: either they have no effect (neither positive nor negative), or they have a positive effect. Whether a person belongs to one group or another will depend largely on their genome (for example, withdrawal of milk from the diet will be positive in people with intolerance, but will not have the same effect in people without intolerance, as well as withdrawal of Diet gluten will be positive in people with at least one of the risk alleles of the HLA-DQ gene). But in the global community, the perceived net effect is positive, since the cases in which there has been a positive effect will be disclosed, and the cases without effect will be ignored (those who speak are those who have reasons for speak well), although in the long run it may produce nutritional deficiencies. So the reason it’s popular is that it works for some people, by providing recommendations that may work for your individual genomes. For the rest, it would not be harmful in the short term either. But it is important to note that this validity has nothing to do with the underlying logic of the Paleolithic diet (adaptation to the ancestral diet), but with the fact that this diet it is only a “prudent” diet , with some dietary recommendations with potential beneficial effects (to a greater or lesser degree, surely depending on the individual genome), but whose effect has nothing to do with the persistence of our genetic adaptation to the Paleolithic diet .

I think that rather than worrying about the introduction of recent nutrients into human evolutionary history, the biggest nutritional problem we face is the loss of human nutritional diversity . For whatever reasons, we eat less and less food diversity, many of them processed (and therefore with a certain loss of diversity of micronutrients). Nutritional diversity is not only important to maintain a balance in the composition of nutrients, but also to maintain a diverse microbiome that complements our possible deficiencies.

I eat well, I do sports and I don’t lose weight

View all posts by admin →